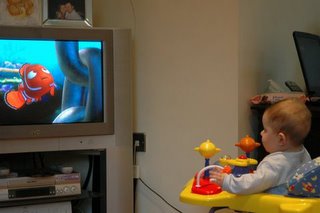 Being new to the blogging game, I found it quite exciting when a few weeks back I received a comment from somebody about my blog. I know, I know, but I don't get out much! Also, this is a shy blog which I do nothing to market. Nobody knows about it, so shhh!
The comment was from, let me check, Matt a park ranger in Virginia - hi Matt (heimat?). It's very good. You should read it. He had a particularly good post about tracking down litter louts and another about underage kids drinking in the park. They thought they had fooled him, but he KNEW they were on the booze.
Anyway, I was quite excited I had been tracked down, but then I got another comment today from somebody who used the exact same words. Is there a kind of blogger who simply tries to create interest in his blog through sending out random expressions of interest in other people's sites? I think I should be told. Whoever came up with the wording should reconsider it as well. What on earth does 'I read over your blog and found it inquisitive' mean? Can a piece of code display inquisitiveness? Maybe he means he found it thought provoking.

Here's what's rocking my world at the moment. As John Peel would have said, it fades in gently this one...
Posted by Hackney_bloke at Thursday, February 02, 2006 3 comments: